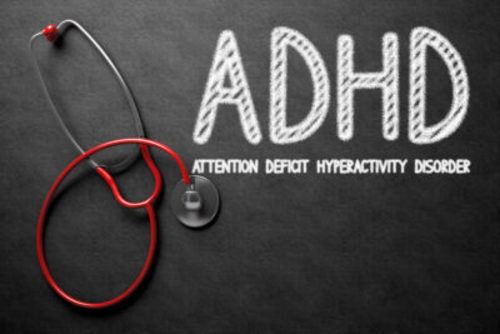 Attention deficit hyperactivity disorder (ADHD) is one of the most common childhood disorders and can continue through adolescence and adulthood. ADHD in adults is thought to be a continuation of childhood ADHD, which occurs in up to 15 percent of patients. Subthreshold ADHD symptoms, primarily inattention and agitation, may persist in up to 50 percent more in adults.

An ADHD diagnosis must take into consideration a patient’s clinical history, criteria as outlined by the DSM-V, psychiatric interview, and collateral information. About 75 percent of adults with ADHD will have at least one other mental health disorder, often anxiety, mood disorders, personality disorder, substance misuse, and other neurodevelopmental conditions. The interdependency of the conditions is presently being debated.

If you have been diagnosed with ADHD or believe you may have ADHD and wish to pursue treatment options, contact Dr. Alex Anastasiou’s office at 925-425-0191 to schedule a new patient appointment today. Dr. Anastasiou specializes in the treatment of teens and adults with ADHD.

Inattention, hyperactivity, and impulsivity are the key behaviors of ADHD. It is normal for all children to be inattentive, hyperactive, or impulsive sometimes, but for children with ADHD, these behaviors are more severe and occur more often. To be diagnosed with the disorder, a child must have symptoms for 6 or more months and to a degree that is greater than other children of the same age.

ADHD Can Be Mistaken for Other Problems

Parents and teachers can miss the fact that children with symptoms of inattention have the disorder because they are often quiet and less likely to act out. They may sit quietly, seeming to work, but they are often not paying attention to what they are doing. They may get along well with other children, compared with those with the other subtypes, who tend to have social problems. But children with the inattentive kind of ADHD are not the only ones whose disorders can be missed. For example, adults may think that children with the hyperactive and impulsive subtypes just have emotional or disciplinary problems.

Who Is At Risk?

ADHD is one of the most common childhood disorders and can continue through adolescence and into adulthood. The average age of onset is 7 years old. ADHD affects about 4.1 percent of American adults age 18 years and older in a given year. The disorder affects 9 percent of American children age 13 to 18 years. Boys are four times at risk than girls. Studies show that the number of children being diagnosed with ADHD is increasing, though the reason is currently unknown.

Diagnosis of ADHD in Adults

Like children, adults who suspect they have ADHD should be evaluated by a licensed mental health professional. But the professional may need to consider a wider range of symptoms when assessing adults for ADHD because their symptoms tend to be more varied and possibly not as clear-cut as symptoms seen in children.

To be diagnosed with the condition, an adult must have ADHD symptoms that began in childhood and continued throughout adulthood. Health professionals use certain rating scales to determine if an adult meets the diagnostic criteria for ADHD. The mental health professional also will look at the person's history of childhood behavior and school experiences and will interview spouses or partners, parents, close friends, and other associates. The person will also undergo a physical exam and various psychological tests.

For some adults, a diagnosis of ADHD can bring a sense of relief. Adults who have had the disorder since childhood, but who have not been diagnosed, may have developed negative feelings about themselves over the years. Receiving a diagnosis allows them to understand the reasons for their problems, and treatment will allow them to deal with their problems more effectively.

For a professional ADHD assessment in the East Bay area, choose Dr. Alex Anastasiou. Call our office at 925-425-0191 during regular business hours to schedule.

Currently available treatments focus on reducing the symptoms of ADHD and improving functioning. Treatments include medication, various types of psychotherapy, education or training, or a combination of treatments.

Treatments can relieve many of the disorder's symptoms, but there is no cure. With treatment, most people with ADHD can be successful in school and lead productive lives. Researchers are developing more effective treatments and interventions, and using new tools such as brain imaging, to better understand ADHD and to find more effective ways to treat and prevent it.

Much like children with the disorder, adults with ADHD are treated with medication, psychotherapy, or a combination of treatments.

Although not FDA-approved specifically for the treatment of ADHD, antidepressants are sometimes used to treat adults with ADHD. Older antidepressants, called tricyclics, sometimes are used because they, like stimulants, affect the brain chemicals norepinephrine and dopamine.

Adult prescriptions for stimulants and other medications require special considerations. For example, adults often require other medications for physical problems, such as diabetes or high blood pressure, or for anxiety and depression. Some of these medications may interact badly with stimulants. An adult with ADHD should discuss potential medication options with his or her doctor. These and other issues must be taken into account when a medication is prescribed.

To speak with a psychiatrist in Pleasanton, CA, and to determine the best course of treatment for you, contact Dr. Anastasiou’s office at 925-425-0191.

A professional counselor or therapist can help an adult with ADHD learn how to organize his or her life with tools such as a large calendar or date book, lists, reminder notes, and by assigning a special place for keys, bills, and paperwork. Large tasks can be broken down into more manageable, smaller steps so that completing each part of the task provides a sense of accomplishment.

Psychotherapy, including cognitive behavioral therapy, also can help change one's poor self-image by examining the experiences that produced it. The therapist encourages the adult with ADHD to adjust to the life changes that come with treatment, such as thinking before acting, or resisting the urge to take unnecessary risks.